You cannot ignore the fact that some towns in Greenland are more popular than others. Greenland’s towns have different things to offer, especially when it comes to their surroundings. We don’t have mass tourism in Greenland, but there are places where accommodation sells out fast in the summer. You should pay particular attention to this if you want to go to Ilulissat in the summer.

However, you will experience the real Greenland everywhere you go, and the great experiences in nature and the meeting with the locals are always right outside your door.

There are 54 settlements in Greenland. A settlement is a village, smaller than a town. It is often harder for you to get to a settlement compared to getting to a town, and this makes the adventure even bigger.

On some of our trips, visits to one or more settlements are included in the itineraries. Especially in South Greenland and in the Disko Bay it is relatively easy to find a boat that goes to a settlement. From Ilulissat you can visit Ilimanaq and Oqaatsut, while visiting Nuuk you can also visit Kapisillit, and, in South Greenland, the settlements Igaliku and Qassiarsuk are not far from Narsarsuaq or Qaqortoq. Finally, there are three settlements with larger airports, Kangerlussuaq, Narsarsuaq, and Kulusuk. This is where the flights from Denmark and Iceland land.

Greenlandic towns and their Danish names

In the older days, many towns in Greenland also had a Danish name. It is usually the Greenlandic names that are the original, but not always. You will often find the Danish names in historical writings, as it was typically the Danes who wrote down stories.

Illoqqortoormiut = Scoresbysund (In local dialect it is Ittoqqortoormiit)

The most popular town among tourists

There are many beautiful towns in Greenland, each with their distinctive character, which makes them unique. Ilulissat in Disco Bay is the most popular and the most sought-after among tourists. The town is Greenland’s third largest and has a lot of exciting things to offer in the form of beautiful hotels, restaurants of high international class, and atmosphere. However, it is the town’s location in particular that makes it something very special: the Ilulissat Ice Fjord, just south of the town.

Other places are also becoming attractive to visitors. If you are interested in traveling to a specific destination, you are welcome to ask us. We have experts at hand who can put together unique tours for you.

Ilulissat also offers sailing to the Ice Fjord, which is a fantastic experience. You can read more about boat trips in the Disco Bay and icebergs in Greenland. Ilulissat – the place with the famous Ice Fjord

Ilulissat – the city of icebergs – is situated right next to its impressive neighbor, the world-famous Ice Fjord. It became part of the UNESCO World Heritage in 2004. 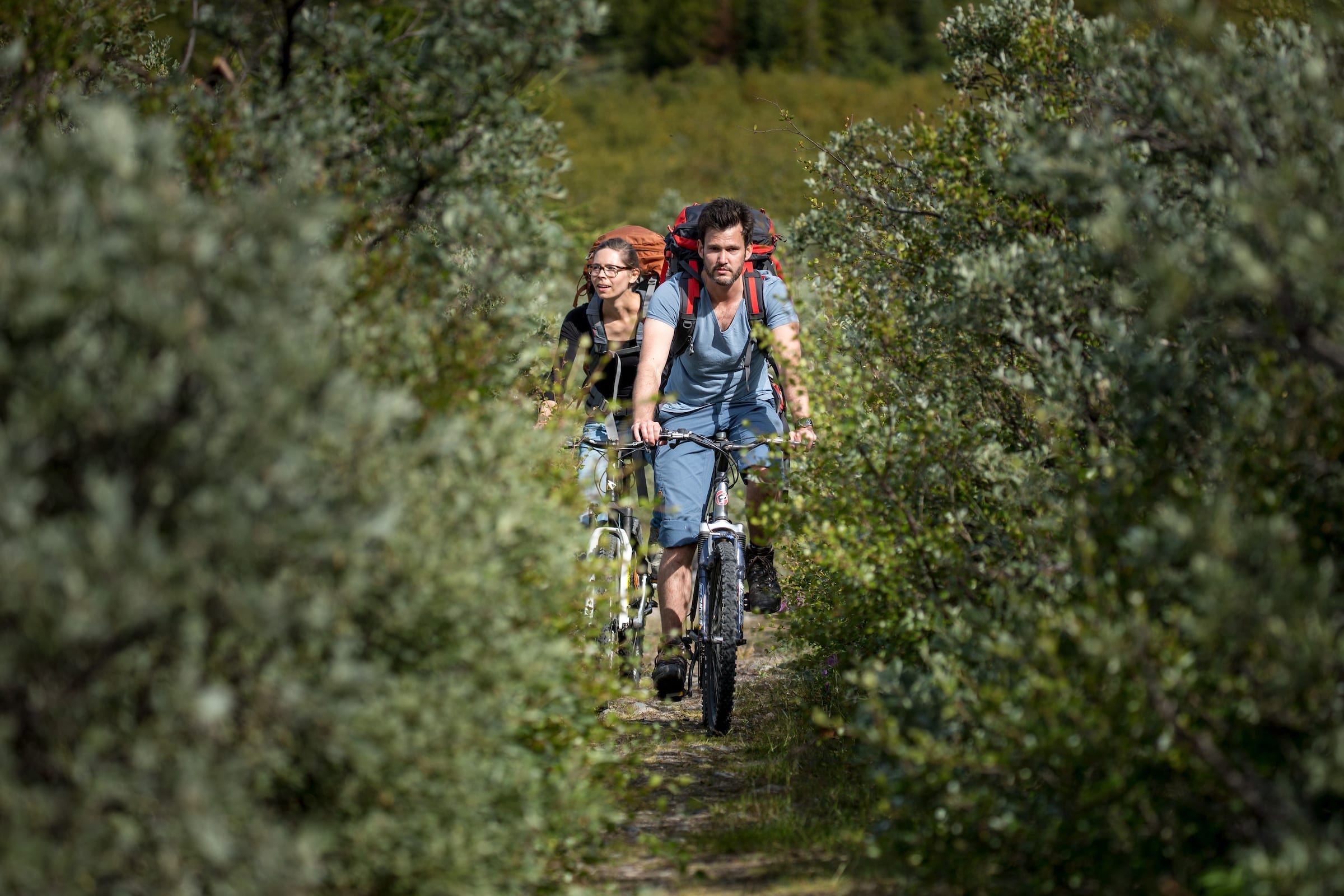 The town is filled with cultural history and surrounded by amacing landscape. Norse ruins and UNESCO World Heritage are just some of the things you can experience in Narsarsuaq. 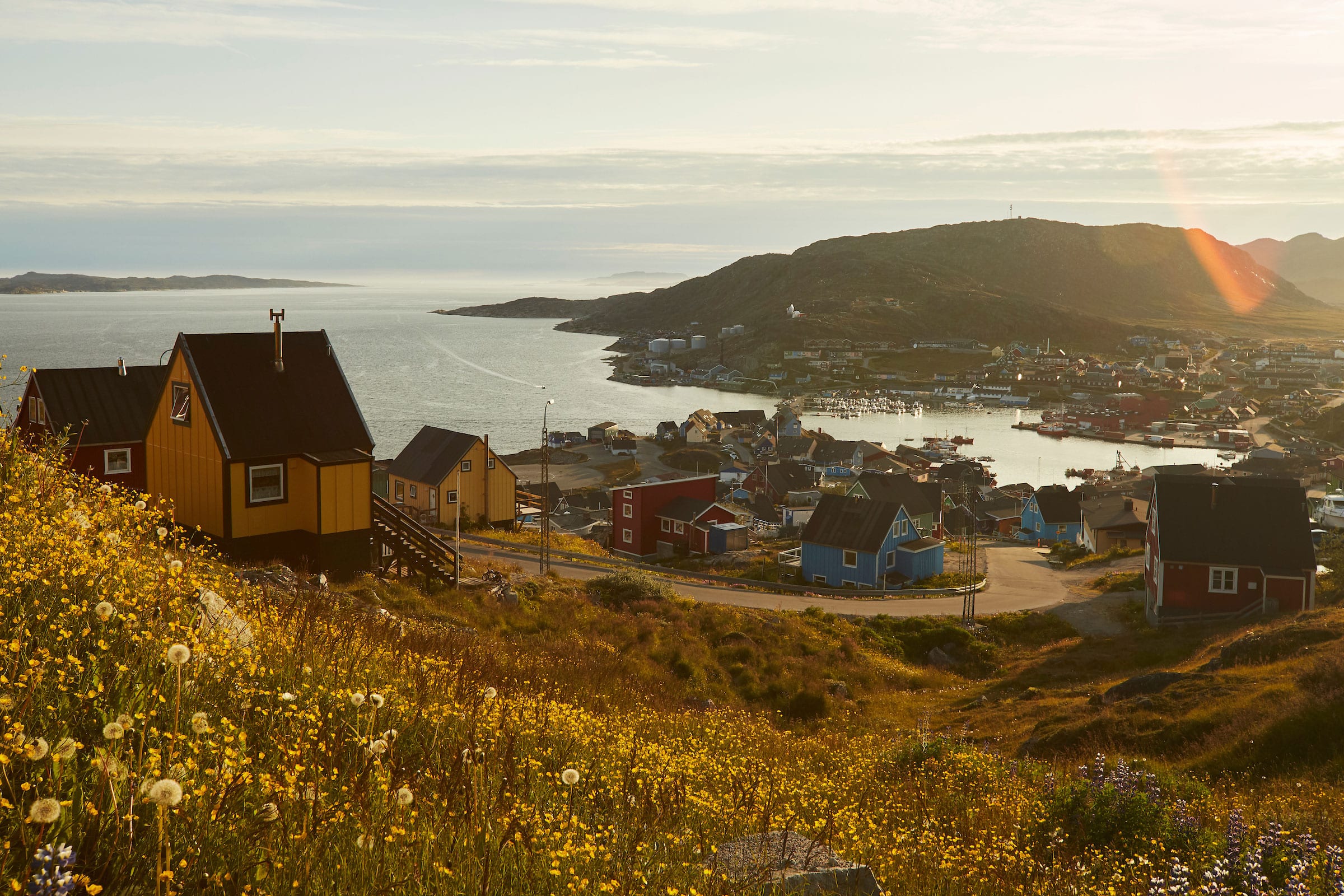 Hot springs, agriculture and lots of ice. Your first impression of Qaqortoq is the pretty, multicolored houses on the slopes of the hill as the boat enters the harbor. Nearby, you will also find hot springs, art, Norse ruins, agricultural areas, and Greenland's only fountain. 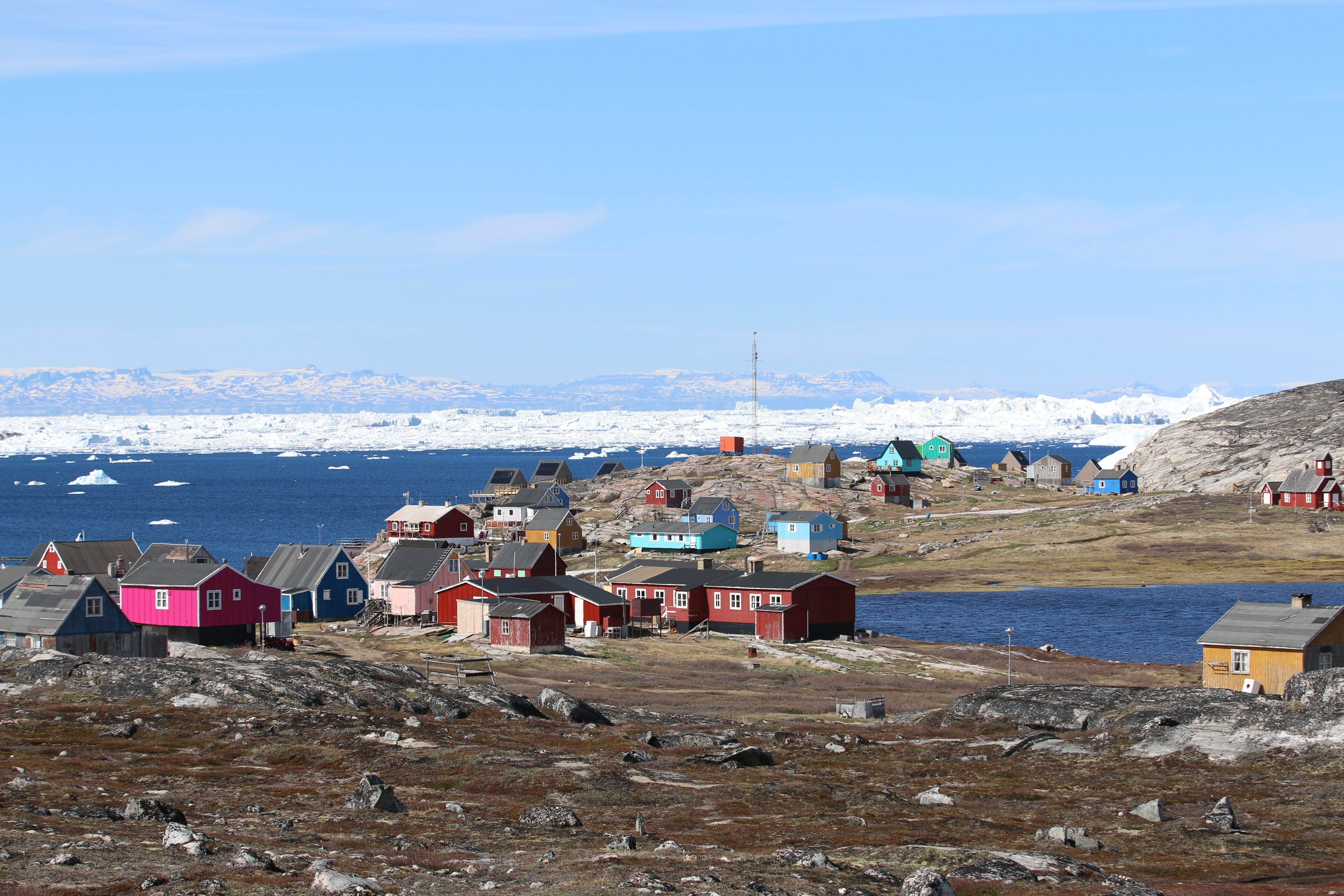 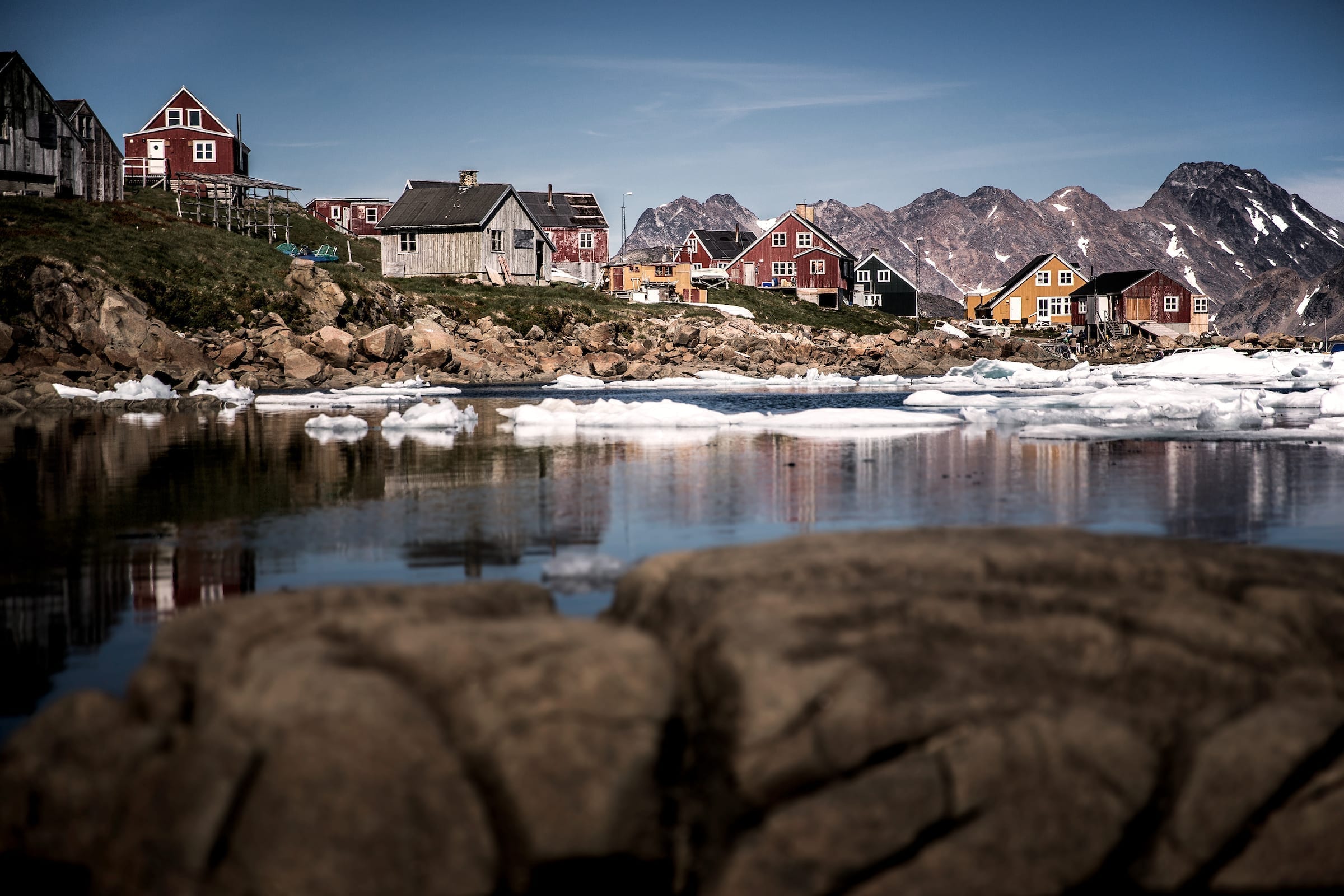 Kulusuk is the picture of ancient culture, this is clear in their traditions and everyday life. This is a great place to experience greenlandic nature at its finest. 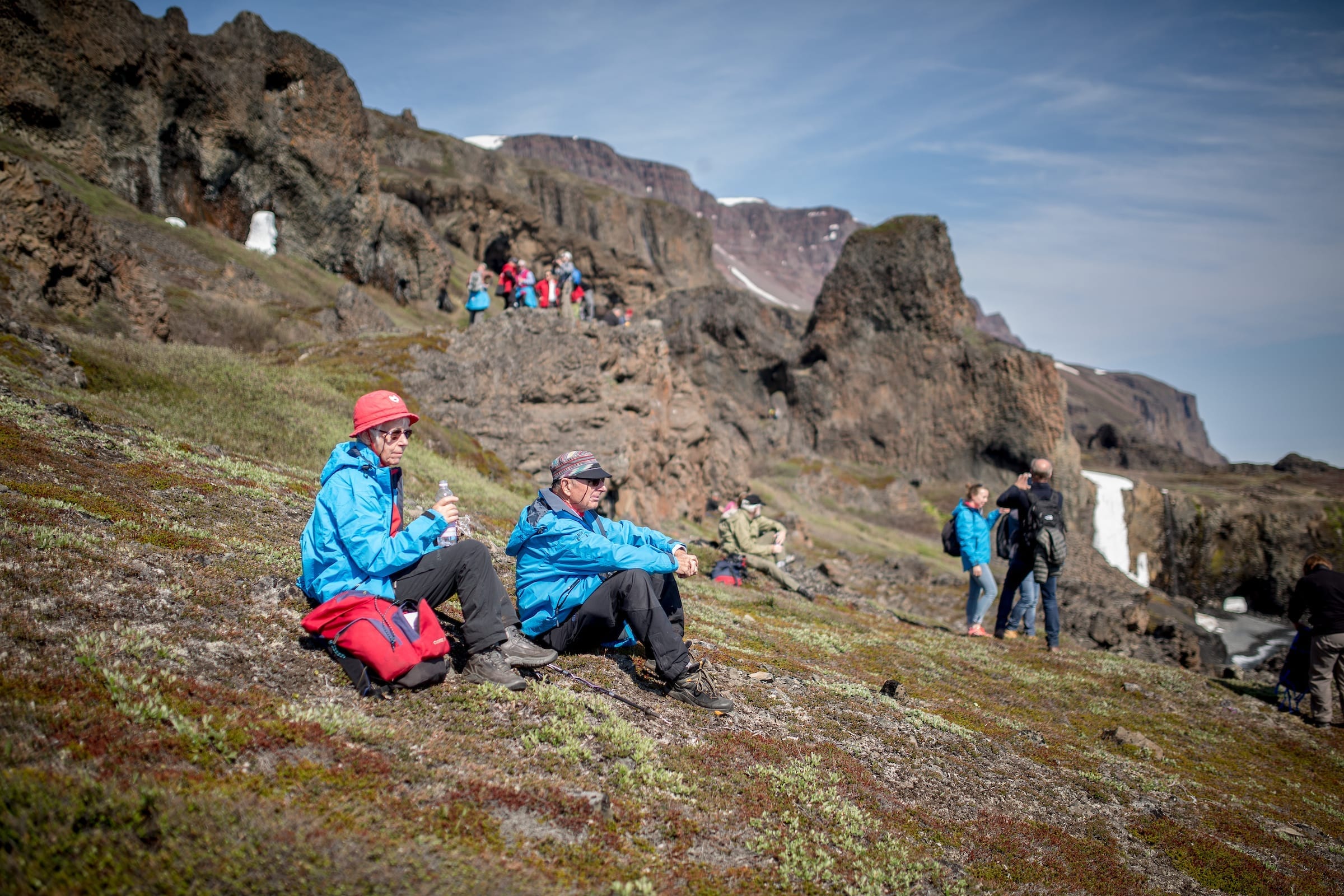 Qeqertarsuaq is the name of Greenland's largest island and the beautiful town on the island. Here, you will find amazing basalt formations, whales, and 250 different plant species. 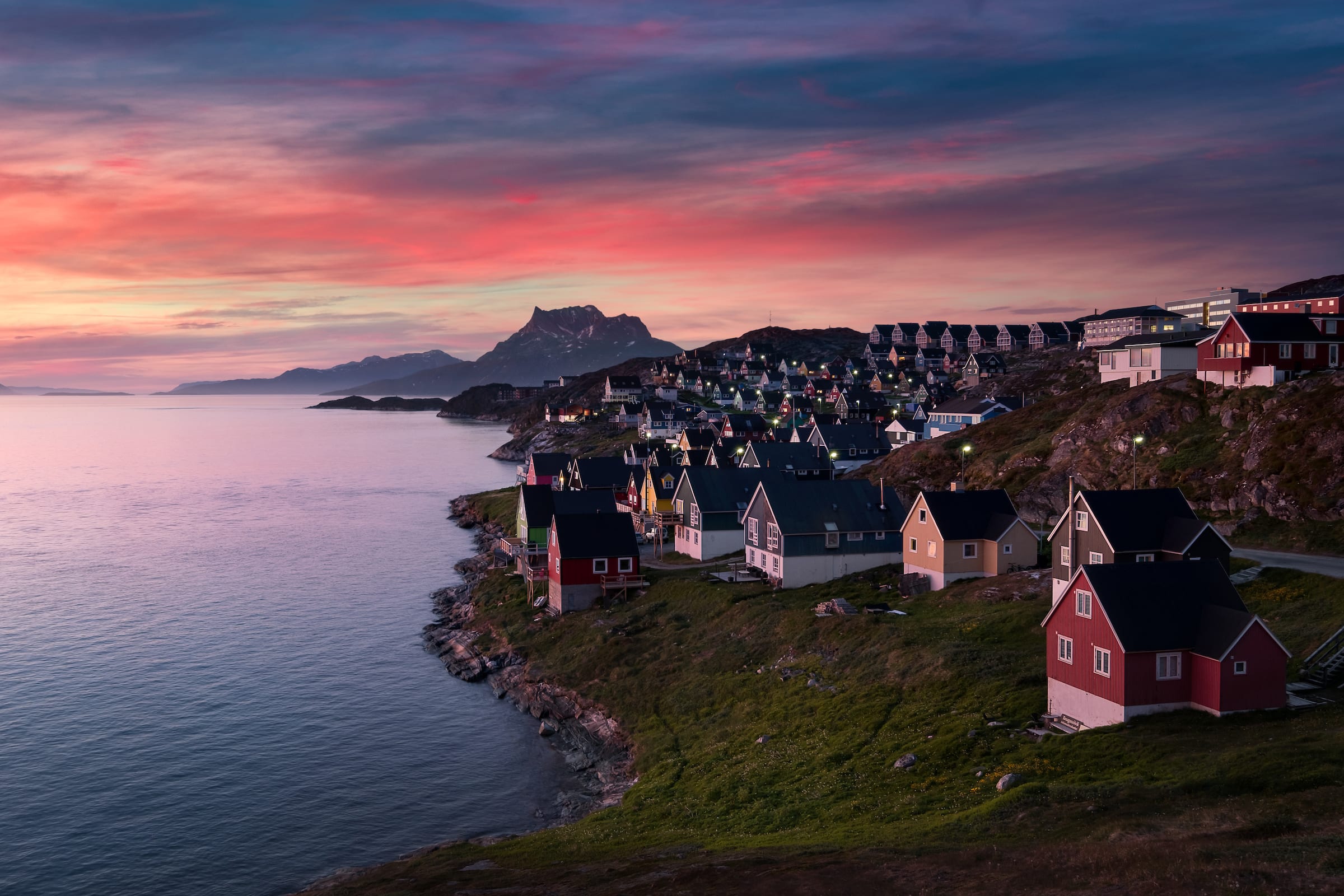 Greenland's capital is steeped in culture and experiences, whether you are in the center of the town or the beautiful fjords of Nuuk's backcountry. Experience sailing, hiking, fishing, delicious food, and Greenlandic culture. 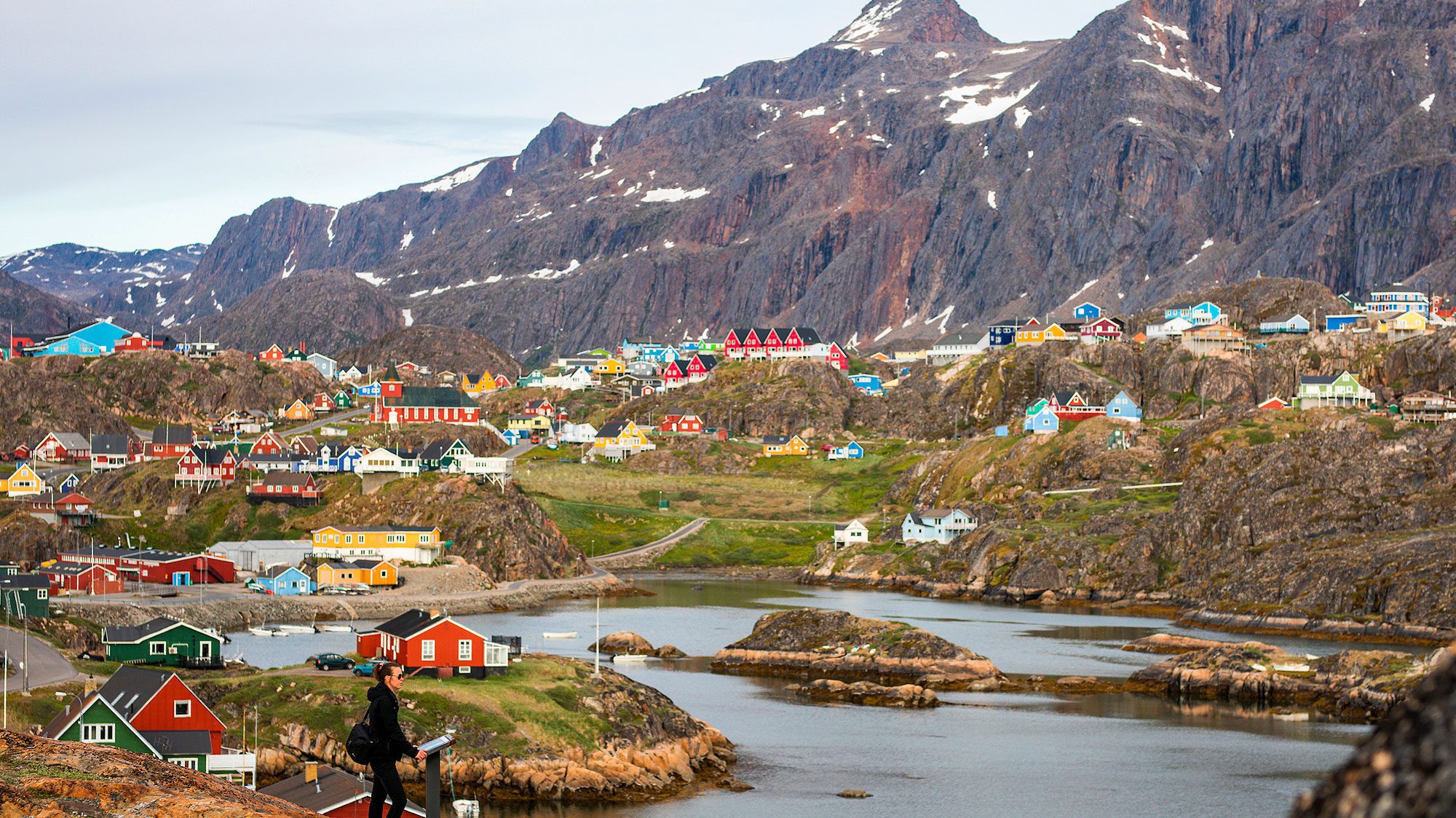 Sisimiut is Greenland's most beautiful winter sports area, where the opportunities for all kinds of winter sports are fantastic. In summer, hiking, culture, and boat trips to fjords and abandoned settlements are at the forefront. 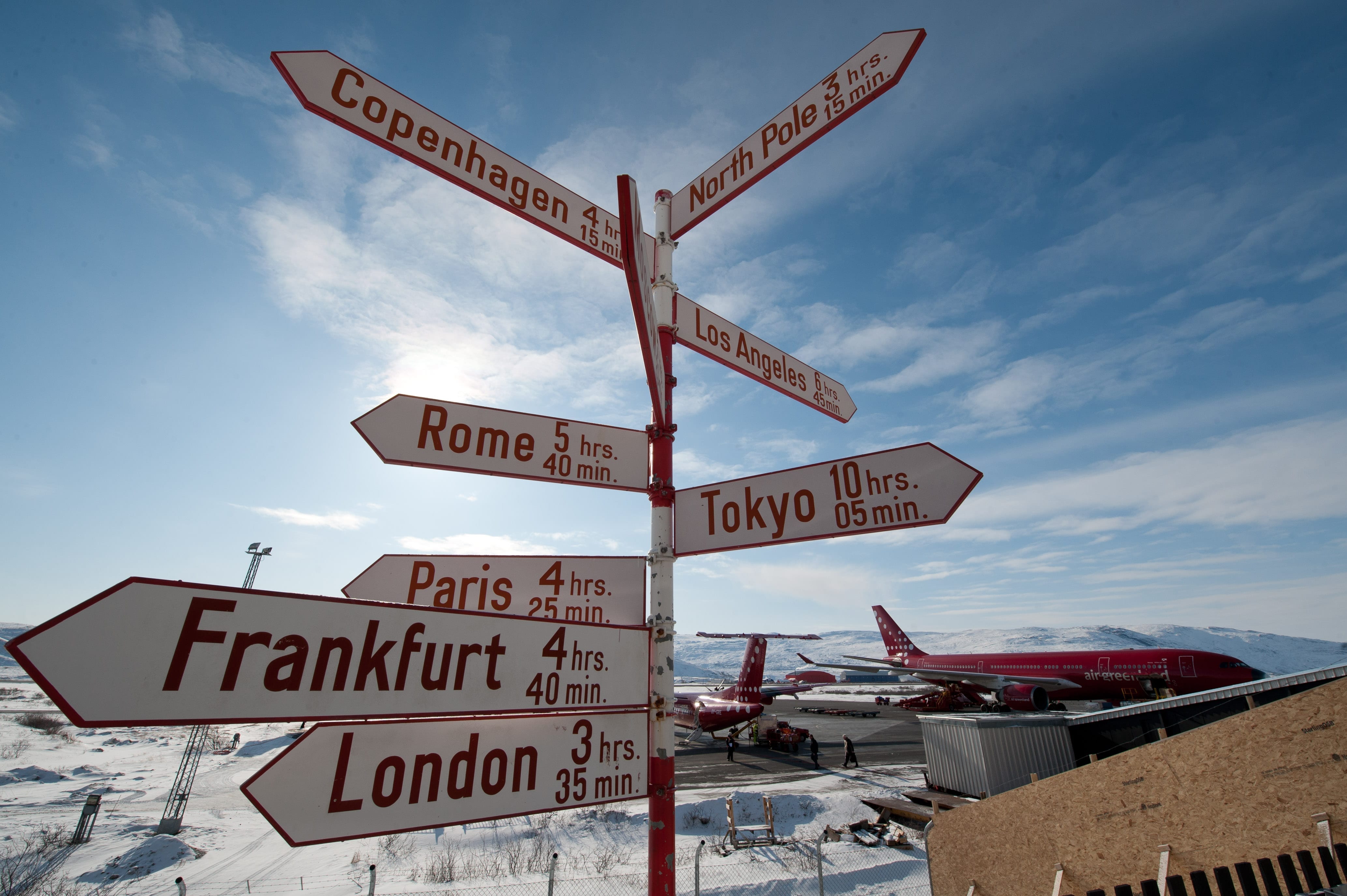 Greenland's most beautiful town, some would say. We will let you decide. Tasiilaq is a town humming with life, especially in the summertime.