The impressive icebergs are one of Greenland's biggest tourist magnets. Understandably, all visitors are fascinated as they sail between icebergs moving in the water, melting, and forever changing shape.

Anyone who visits Greenland is fascinated by the ice. Not least when you sail between ice floes and icebergs that forever move in the water, melt, and change shape. Like clouds in the sky, the ice can assume the most incredibly surrealistic forms. Some look like elephants drinking, some look like a small seal or polar bear cub, and some even look like impressive cathedrals. Your imagination goes into overdrive, and all your senses are awakened when you are sailing in Greenland.

You will find two main types of ice in the Greenlandic waters:

Icebergs are big lumps of frozen fresh water, containing small air bubbles, and they originate from the Greenland Ice Sheet. Icebergs are formed when the glaciers along the Greenlandic coastline push ice towards the sea. Thereby, large and small pieces of ice are broken off into the water.

In Greenland, you can experience everything from tiny floes to several hundred meters wide icebergs. Icebergs are sometimes cut through with green, turquoise, or blue streaks. All year, they float in the deep blue or emerald green waters off the coast of Greenland. It makes the Greenlandic landscape unique. Nowhere else, besides uninhabited Antarctica, do ice and snow have so much influence on life.

Icebergs can stand up to 100 meters above sea level. A rule of thumb says that you only see approximately 15 % of the ice above the water’s surface, so imagine what lies beneath the sea surface!

Sea ice is another name for saltwater ice, formed when saltwater at the sea surface freezes. You can experience it all along the Greenlandic coast except the coastline from Sisimiut in the north to Paamiut in the south. This area is called the open water area because it almost never freezes.

You will find the largest areas of sea ice in northernmost Greenland and, for example, in Qaanaaq in North Greenland, it is only ice-free from August to September. Generally, the entire Greenlandic east coast from the to Cape Farewell in the south will be frozen from December to May or June. In recent years, the spread of sea ice has diminished as a result of global warming. The sea ice can have a large, flat surface on the water but it is rarely tall, as it is frozen seawater.

South Greenland is known for two special phenomena, the blue ice, and the pack ice. The ice in South Greenland is old because it has traveled a long way from the middle of the Greenland Ice Sheet to the glaciers down south. It makes the ice more compressed, and, therefore, the ice often looks blue instead of white. This happens because the air bubbles are pressed completely out of the ice due to the high pressure that the ice has been under.

The pack ice is a noticeable phenomenon, especially in East and South Greenland. Pack ice comes when the ice in the Arctic Ocean breaks up in spring and summer. Huge flat icebergs flow south along the east coast and travel around Greenland’s southern tip of Cape Farewell and drift up into the fjords of South Greenland. Here it eventually melts or drifts offshore into the Baffin Bay. The Pack ice is frozen sea ice made of saltwater as opposed to the freshwater ice from the Ice Sheet. Pack ice can be exceptionally dangerous to navigate, as it packs tightly because of currents and wind, and it can be difficult to find a way out of it.

We cannot stress enough that it is dangerous to go too close to the ice, whether it is the Greenland Ice Sheet or large icebergs in the water. Beware, because there are untamed natural forces at play. The ice is beautiful, but it should also be met with respect and awe; You have to be an experienced skipper to move in and out between icebergs and sea ice.

Greenlanders with small dinghies and speedboats have a particular fear for the so-called black ice, which is completely transparent and therefore almost completely invisible in the dark water, where it looks black. It is dangerous to the boat’s hull to hit that kind of ice.

Also, ships on transatlantic routes must be on high alert when icebergs from the Baffin Bay between Greenland and Canada drift down through the Davis Strait in spring and summer. Sometimes, it travels as far south as New Foundland.

Even the polar bears have reason to be careful on the ice. In the spring, when it starts to get warmer, large ice floes are formed. Not rarely does a polar bear from the national park end up as a blind passenger on a floe and drifts with the floe southwards. Sometimes it ends up near Greenland’s southernmost town, which even bears the name Nanortalik, which means the place with the polar bears.

The ice is not just dangerous; it can also be fascinating and even life-giving. Several places in Greenland have problems with obtaining drinking water, e.g., if the settlement is built on an island, and then you can melt the ice.

The ice also helps to create life more indirectly – namely when the freshwater ice floes and icebergs melt in the saltwater. The meltwater from the fresh ice creates rotations in the saltwater so that several minerals are swirled around and reach the surface where the algae can then exploit them to produce biomass. This creates optimal living conditions from shrimp and fish.

In many places on the Greenlandic east coast, so-called polynias are formed in the winter. These are areas in the ice that never freeze. At these polynias, seals, whales, and polar bears look for food.

The polynya off the coast of Ittoqqortoormiit creates good conditions for local hunters. Polar bears often come close to the town. In fact, it was this polynia that made people ​​settle in the area.

The seals are enjoying the sun

Throughout the day and sometimes night, the changing light makes the glow of the ice beautiful, and you want to see it again and again. Your sense of smell and hearing are also heightened in the clean, quiet air. And the sound, not to mention, the sound of thousands of tiny explosions when you fill a glass with ice that is hundreds of years old, mixed with a single malt whiskey. Listen to it and then drink it and let the heat spread in your body. It’s bliss!

Speaking of ice; strangely, the Greenlanders are large consumers of ice creams.

Experience the 5 types of icebergs 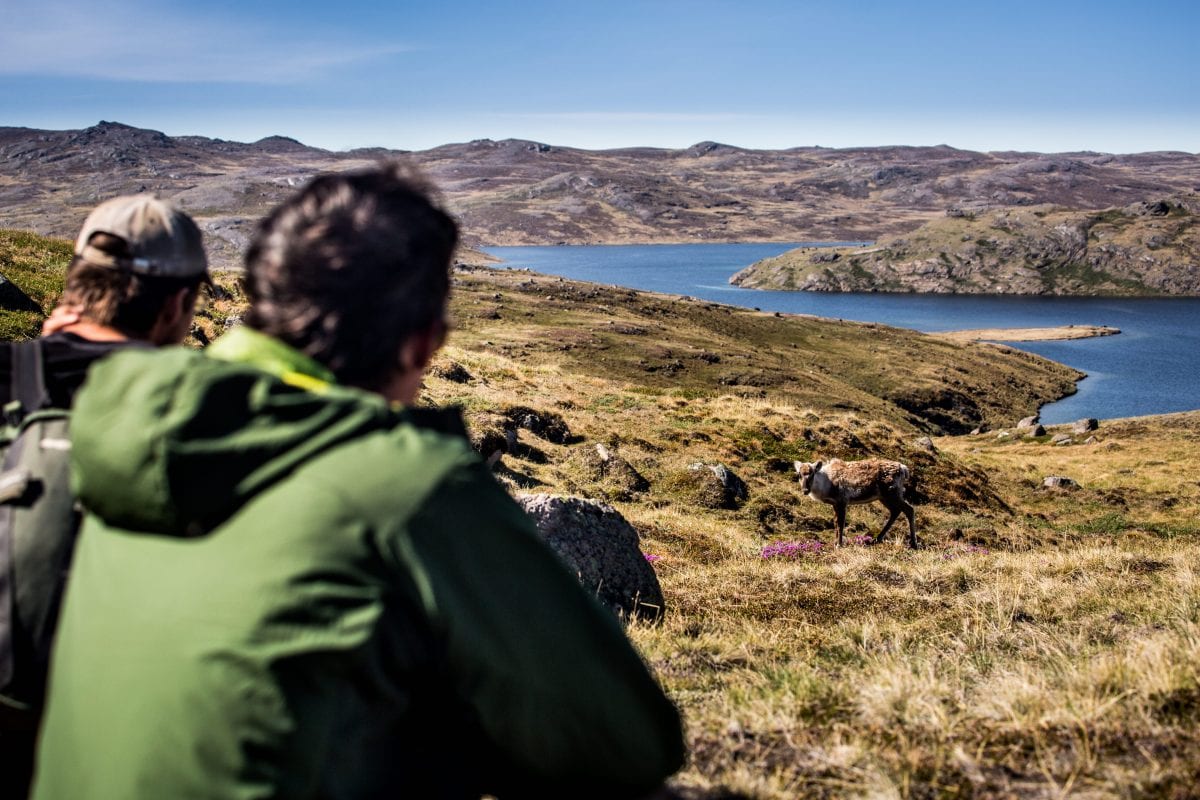 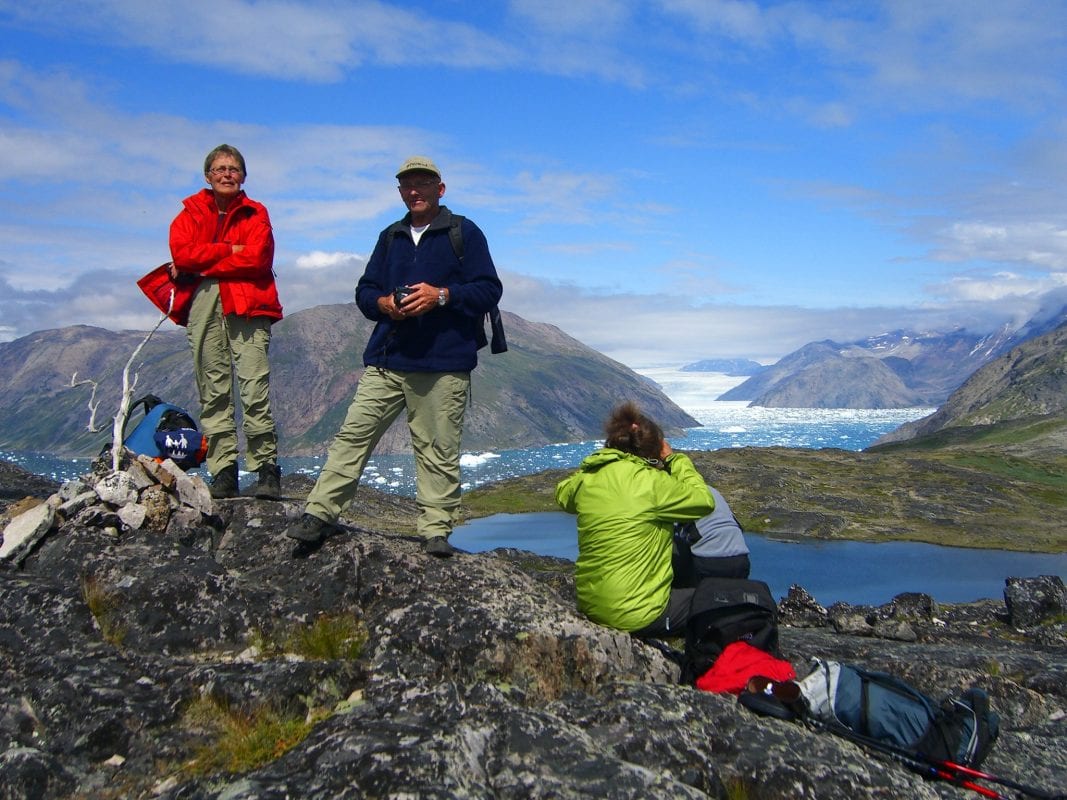 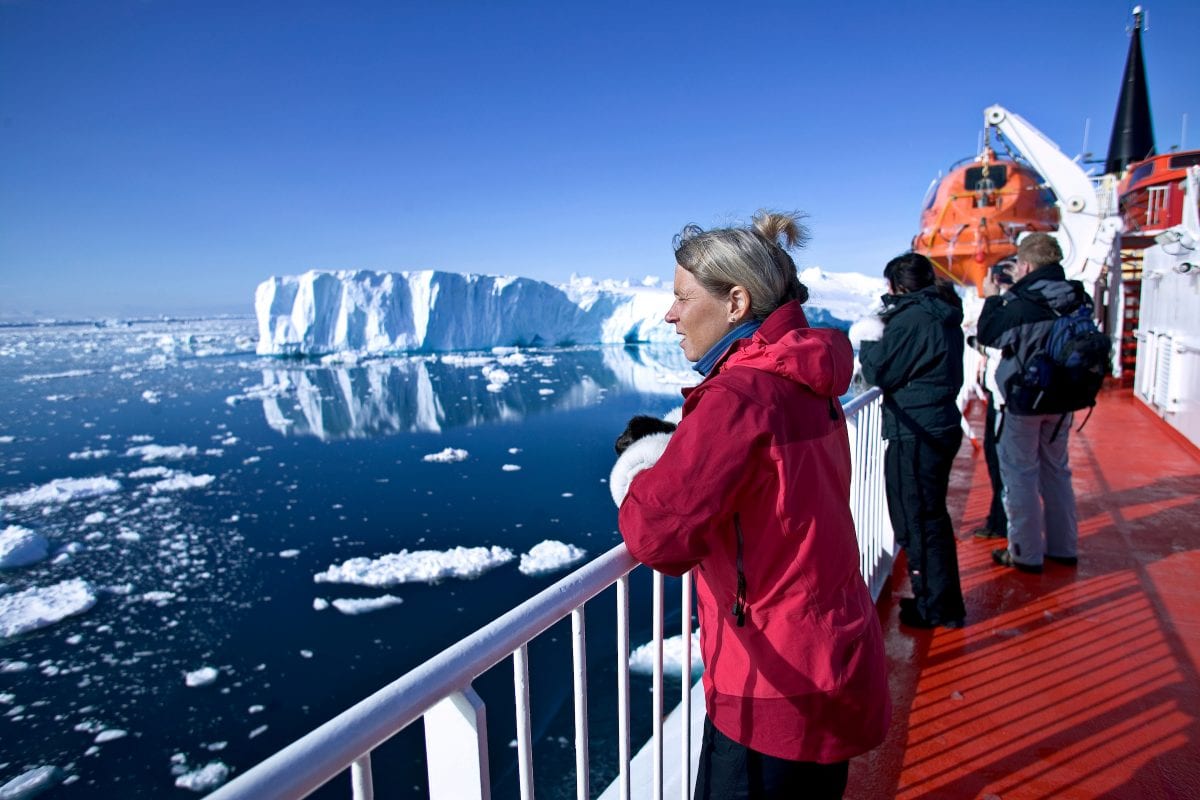