Led by Erik the Red, the Norse came to Greenland in 982. Today, you can still see their legacy at the UNESCO World Heritage Sites in South Greenland.

At the same time that Inuit immigrated from the west to Greenland and became the Thule culture, other people came from the east.

The Norse people in Greenland

The Norse people arrived in Greenland in the year 982.  The Norwegian man, Erik the Red, had settled in Iceland, but he committed a murder, and he was sentenced to be an outlaw for three years. Therefore, with family and friends, he sailed to the country to the west, which seafarers had seen but not visited. This is the origin of European culture in the southern parts of Greenland and they are also the reason Greenland got its name.

It was something of a surprise that met them when they arrived. They came in the summer months when the country was lush and calm, so Erik called the country Greenland. Thus, a European culture grew in the southern parts of the country.

As Greenland is part of the North American continent, Erik and his followers were the first Europeans to set foot here. Eighteen years later, his son Leif Eriksson, also known as Leif the Lucky, continued to the west and settled on the North American mainland, so in reality, they pre-empted Christopher Columbus with 500 years.

We know a lot about the Norse life in Greenland, as much of their history is described in the Icelandic sagas. 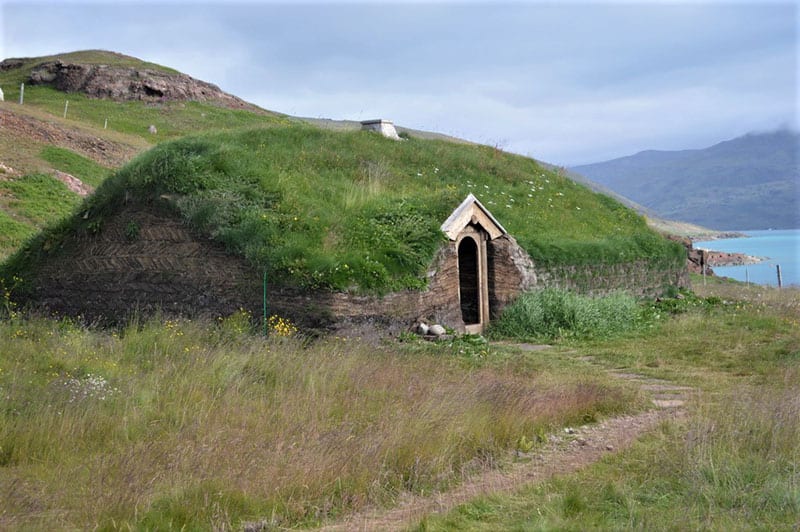 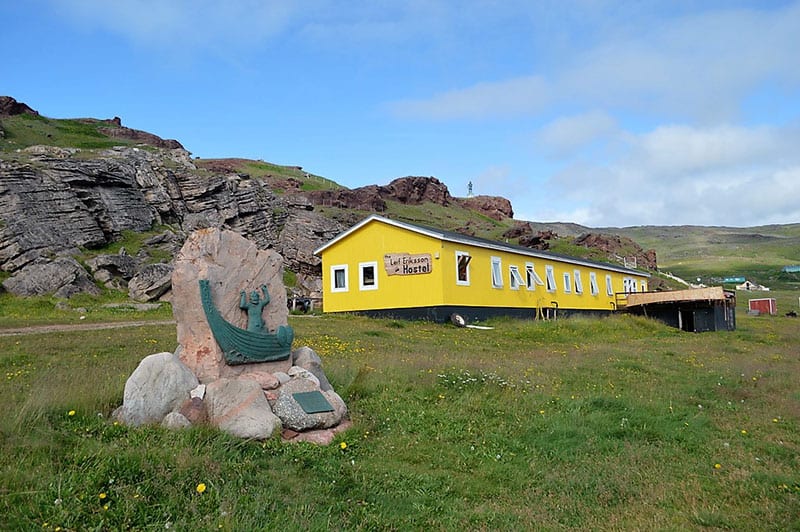 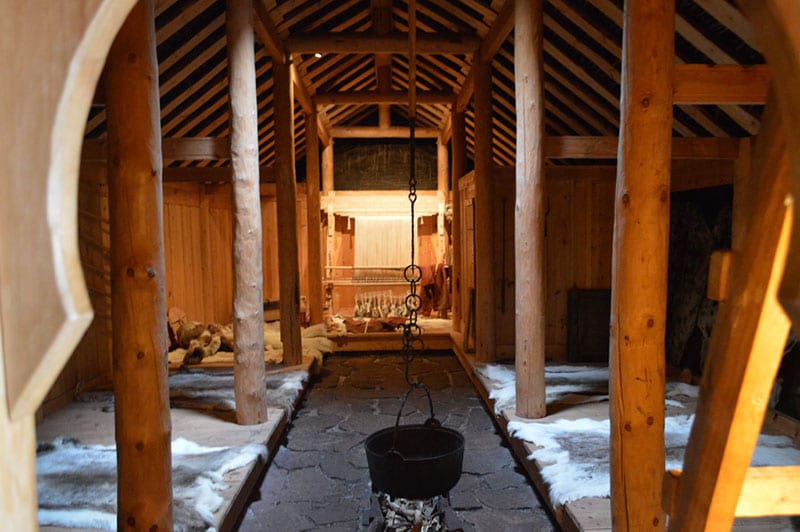 The Norse people are spreading

The Norse were Vikings but got their name because they settled to the north. In 985, Erik the Red could return home to Iceland, but he had decided to return with even more people. He talked far and wide about the fertile land to the west and then led further settlers from Iceland to Greenland.

Erik himself settled in Brattahlid, which today is called Qassiarsuk. This settlement became the center of what they later named the Eastern Settlement.

Greenland had a good reputation, and more and more people came here from Iceland and the rest of Scandinavia. They settled throughout the southwestern area. You can find remains of the Norse from Cape Farewell right up to the fjords of today’s Nuuk. In fact, the Nuuk area and the Nuuk Fjord formed the center of what was named the Western Settlement.

In the year 1000, Leif Eriksson, son of Erik the Red, returned to Greenland after visiting Norway. With him, he had the first Christian missionary to come to Greenland. Not everyone fell for his word right away. However, Erik’s wife Tjodhildur did, and the first Christian church on the North American continent was soon built in Brattahlid. Today it is known as Thjodhildur’s Church, and you can still see its foundation and a reconstruction of it.

Around the same year, Leif Eriksson and his men traveled further west and discovered, as mentioned, land to the west in what is today Canada. They called these newly found areas Helluland, Markland, and Vinland.

Back in Greenland, life was not easy for neither the Dorset-Inuit or the Norse. Among the Norse, Greenland had become a Christian diocese with a bishopric in Gardar, present-day Igaliku. But life was difficult for the Norse settlers in Greenland as the Little Ice Age arrived. Slowly, the Western Settlement was abandoned, and from 1360, no people of eastern origin lived in this area. Dorset-Inuit also emigrated or died, and now Thule Inuit lived in the area of ​​Nuuk.

From 1370, trade with Scandinavia fell further, which made it harder and harder for the Norse to maintain their culture in Greenland. In 1408, a wedding took place in Hvalsey Church (which today is called Hvalsey Church Ruin and is the best-preserved ruin after the Norwegians). This wedding is the last testimony in writing about the Norse in Greenland. They were still there for several years, but around 1480-1500 the last Norse died or left Greenland.

In 1721, Hans Egede persuaded the king that she could go to Greenland and explain to the Norse that they no longer belonged to the Catholic Church, but the Protestant. He found no Norse but instead chose to set up a colony and Christianize the Inuit people instead.

In the summer of 2017, parts of the eastern region, including Igaliku and Qassisarsuk, became UNESCO World Heritage Sites. You will now find five areas in South Greenland that are under this protection, not only because of the Norse, but also the cultural finds of the Inuit and the current agricultural culture, which is completely unique to Arctic regions.

With more than 2o years’ experience in arranging tours to Greenland, she has gathered great knowledge about our exciting country.

That is why you’re in safe hands when letting Lisbeth or one of our other specialists custom-make your individual trip to Greenland. You are always welcome to contact us to learn more about the amazing island that is Greenland.

Send an email to LisbethTrips to Greenland