It is a fantastic experience to glide across the snow on a dog sled, pulled by eager dogs.

“Give me winter, give me dogs!” famous Polar explorer Knud Rasmussen said, and you can experience this phenomenon many places north of the Polar Circle in Greenland. Riding on a dog sled is an incredible experience, whether you try a short 1-hour trip or go on an expedition for several days. Whichever you choose, one thing is certain: Both kinds of trips are amazing memories!

A long weekend out of the ordinary! 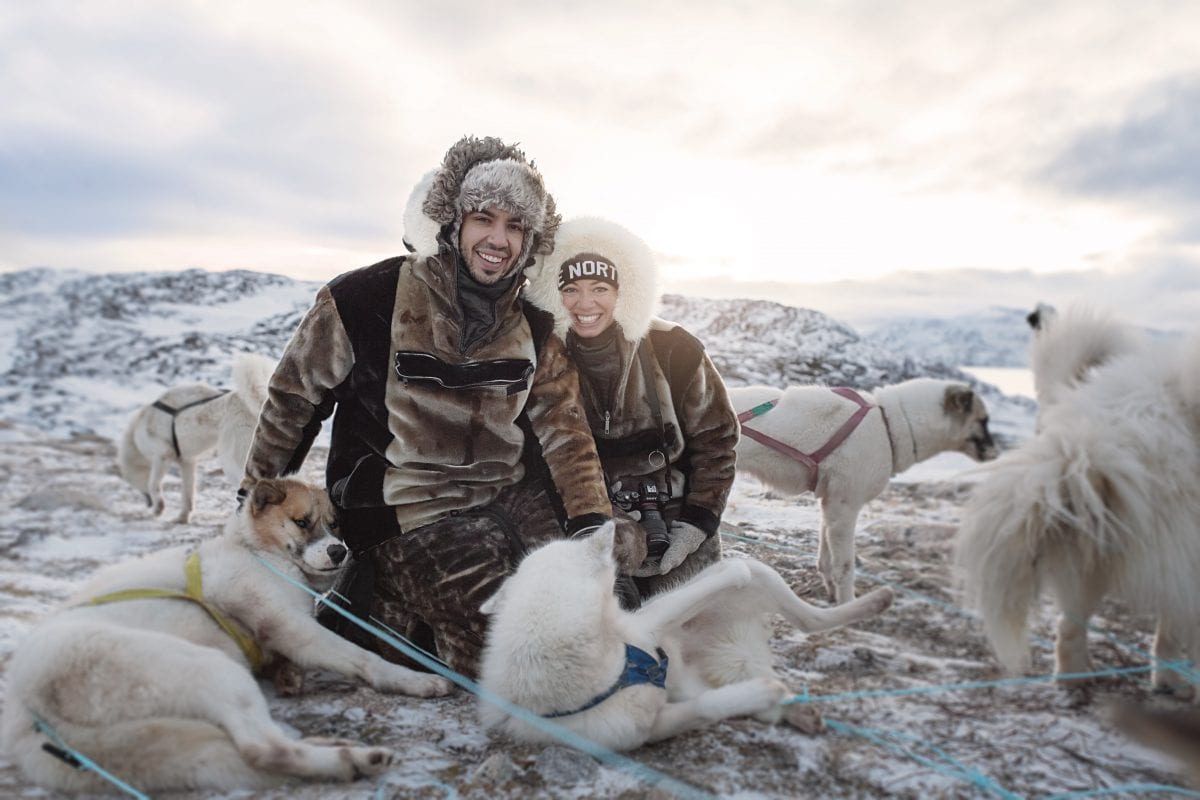 Focus on Ice and Snow

Winter Exploration at the Ice Sheet

If you mention Greenland, most people think of dog sledding. Therefore, it often comes as a great surprise to many that in the most densely populated part of Greenland, sled dogs are not allowed at all.

When you visit dog areas, you will see that the dogs are chained well, and here you can see them relaxing and being bored when they are not out pulling a sled. You will experience a great sight when you see the dogs’ wild enthusiasm as their owner approaches. It is evident that they are looking forward to getting going; to be strapped in front of the sled and running across the wide expanses with their tongues sticking out of their mouths.

During the sled ride, you can hear the delicate swoosh of the snow as the sled glides on top of it. Of course, it is a slightly different experience to drive on ice – and when the sled is heavily loaded, the ride is also different. The whole idea of ​​the sled is that, preferably, it should be heavily loaded. Dog sleds are work tools that are used when the hunters have to hunt, and the fishermen are going fishing, so a heavy load means lots of food.

The origin of the Sled dog 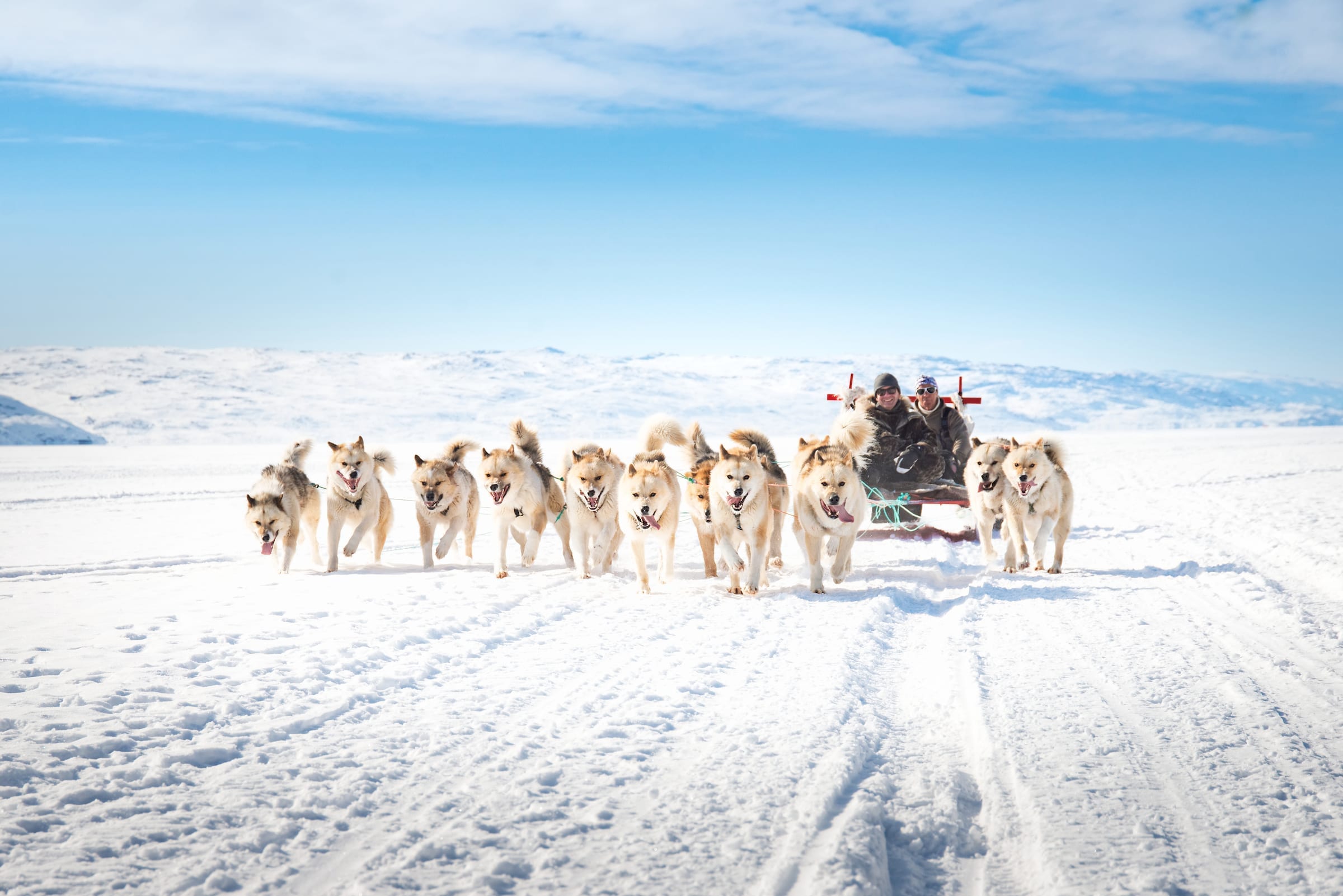 A guide to the ultimate Greenland experience. Dogsledding in Greenland is a very special experience. Feel the wind in your hair and listen to the dogs pulling the sled while running on the snow-covered landscape. 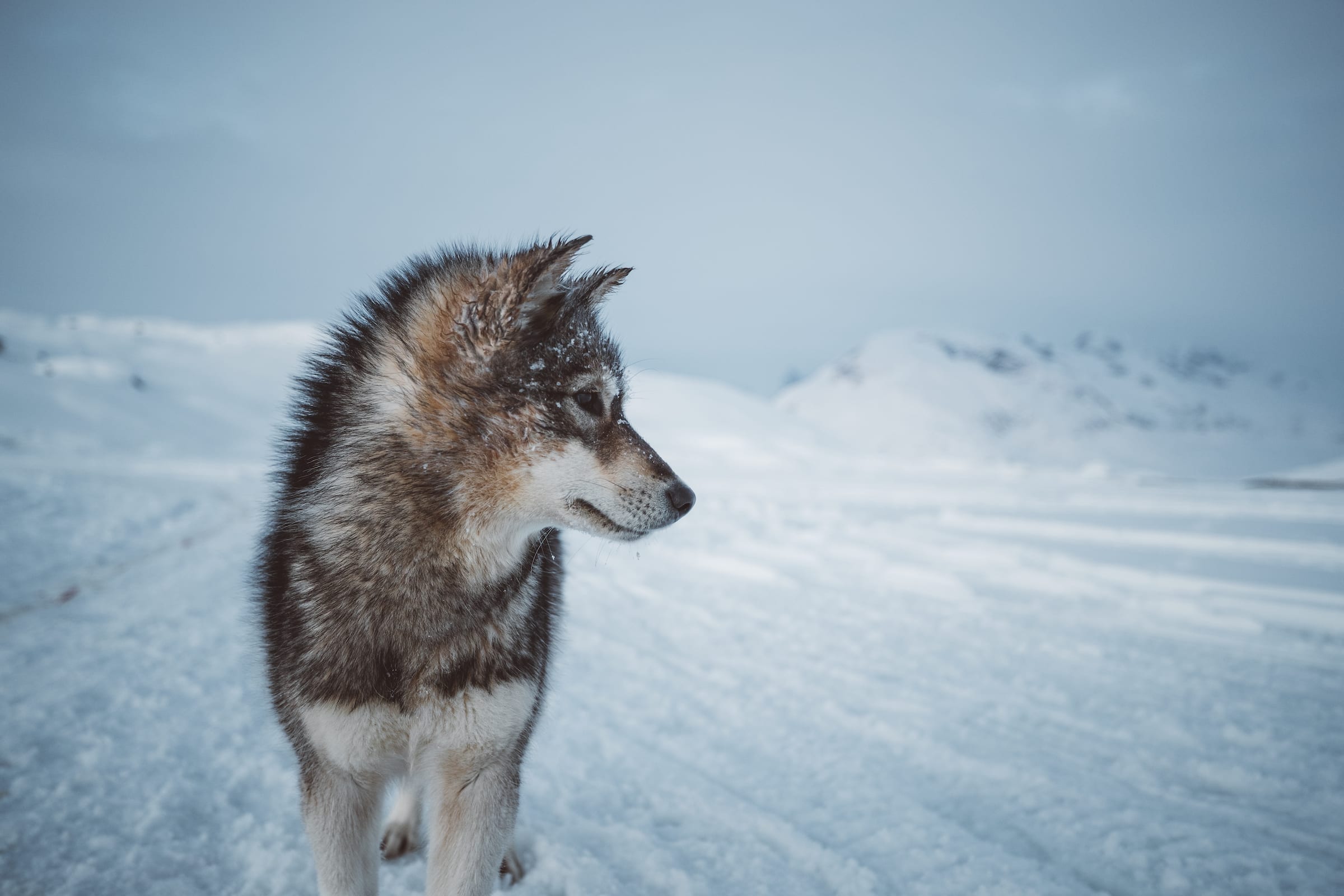 The Greenlandic sled dog is known for its tremendous willpower. The dogs can pull heavy sleds over long distances, and they can live outside in the cold, arctic weather, which they also prefer. 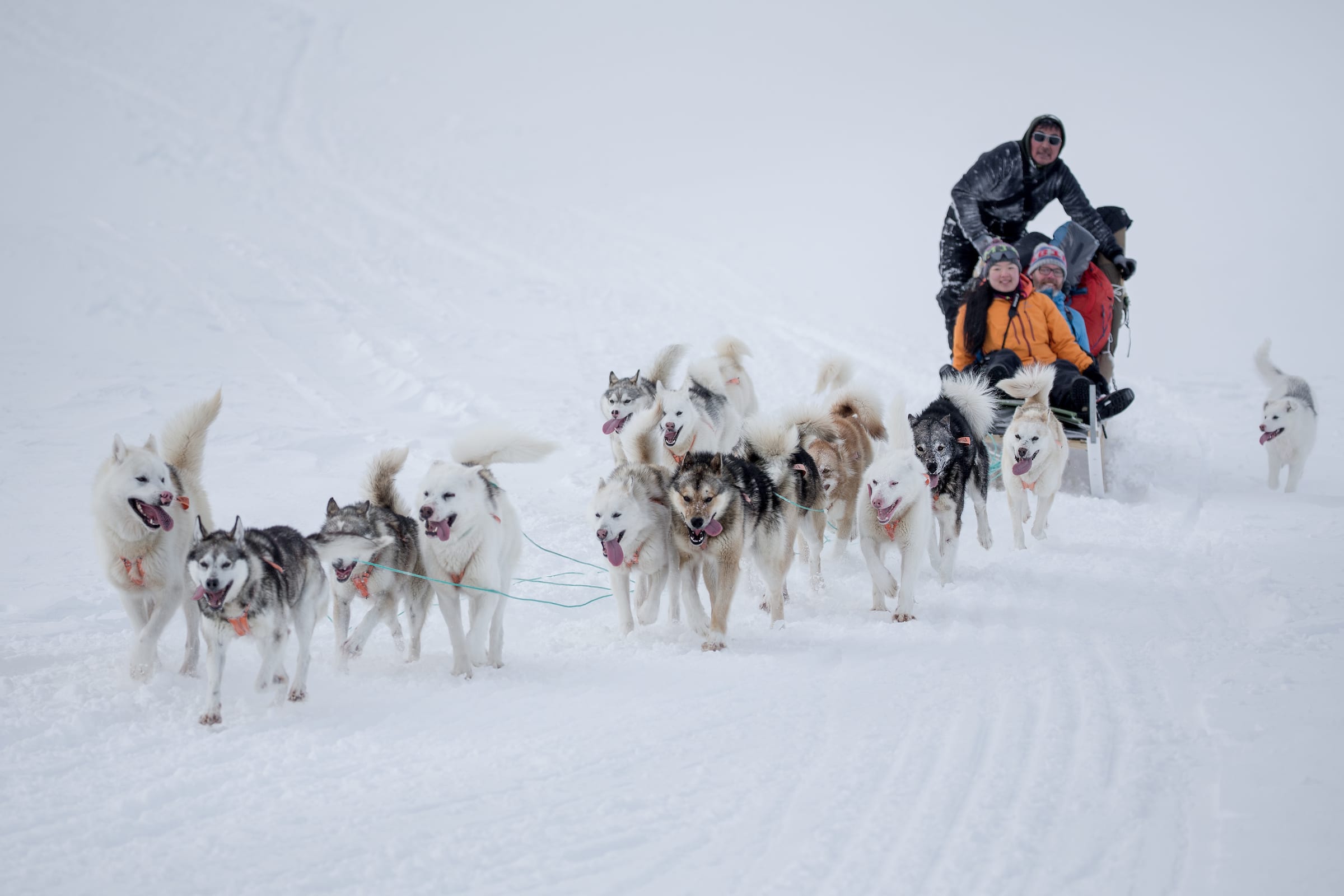 With Peter from Greenland Travel

In Greenland, you can experience the sled dogs on the east coast and, on the west coast, you will find them north of the Arctic Circle. South of the Arctic Circle, winter is too short to benefit from keeping sled dogs, as that means that they would have to sit around ‘unused’ for much of the year. It is a pity to the dogs, but it is also dangerous, as the sled dogs can be aggressive and need to move a lot.

Then there are the Sirius Patrol sleds which are almost the size of jumbo jets if you compare them with the ordinary Greenland sleds because they transport their drivers for several months at a time and a lot of luggage is needed.

If you go on a sled ride, it is a good idea to dress in seal skin clothing. You can rent it in most towns at the tourist office or from the dog sled tour providers. These clothes have been tested to resist cold for hundreds of years. Sure, you may have spent a lot of money on a cool down jacket with built-in Goretex but believe us when we say that the skin clothing is preferable.

Dog sledding trips can last from one hour to several days – it depends on your temperament. Do you want to have a brief ride, or do you want to spend days on a sled? If you choose the latter, we advise you to purchase a package where everything from catering, warm clothing, and booking of huts or tents is in place. A dog sled ride from Kangerlussuaq to Sisimiut lasts three days and is a hit among adventurers.